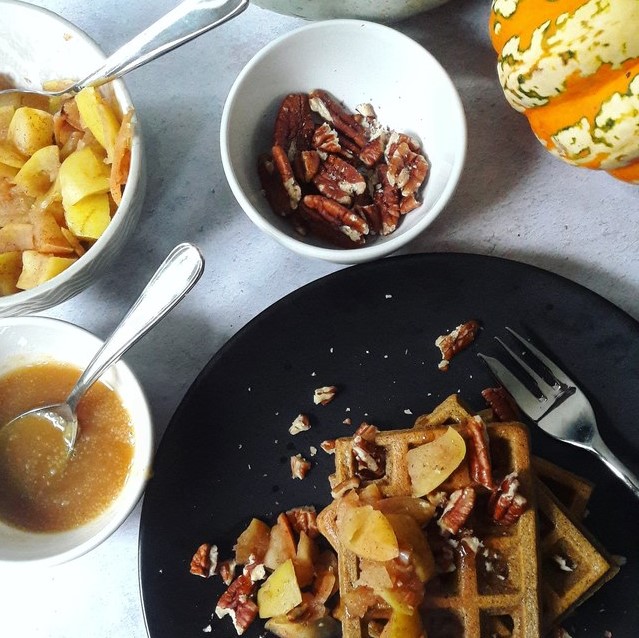 Measure all ingredients and place straight in blender. Blitz until smooth batter is formed.

I use a silicon mould to bake waffles in the oven. To give a gingerbread feel I thinly poured batter into each mould until about half full. If you want thicker waffles then fill to the top. Bake on 200°C for about 18 minutes until golden brown.

If you are using a traditional waffle iron then follow your manufacturer’s instructions and cook until golden.

I had pre-prepped, frozen squash cubes. These went into my blender raw and frozen and worked fine. If you don’t have a powerful blender then you may need to cook the squash to soften.

This used butter and kefir but coconut and almond milk should give a similar consistency for a dairy free batter.
​
The squash batter can be quite heavy and definitely needed three eggs to get an airy consistency to the waffles. Vegans I would suggest a mix of folding in 1 egg equivalent whisked aquafaba and two eggs equivalent of crackd to give a similar result.