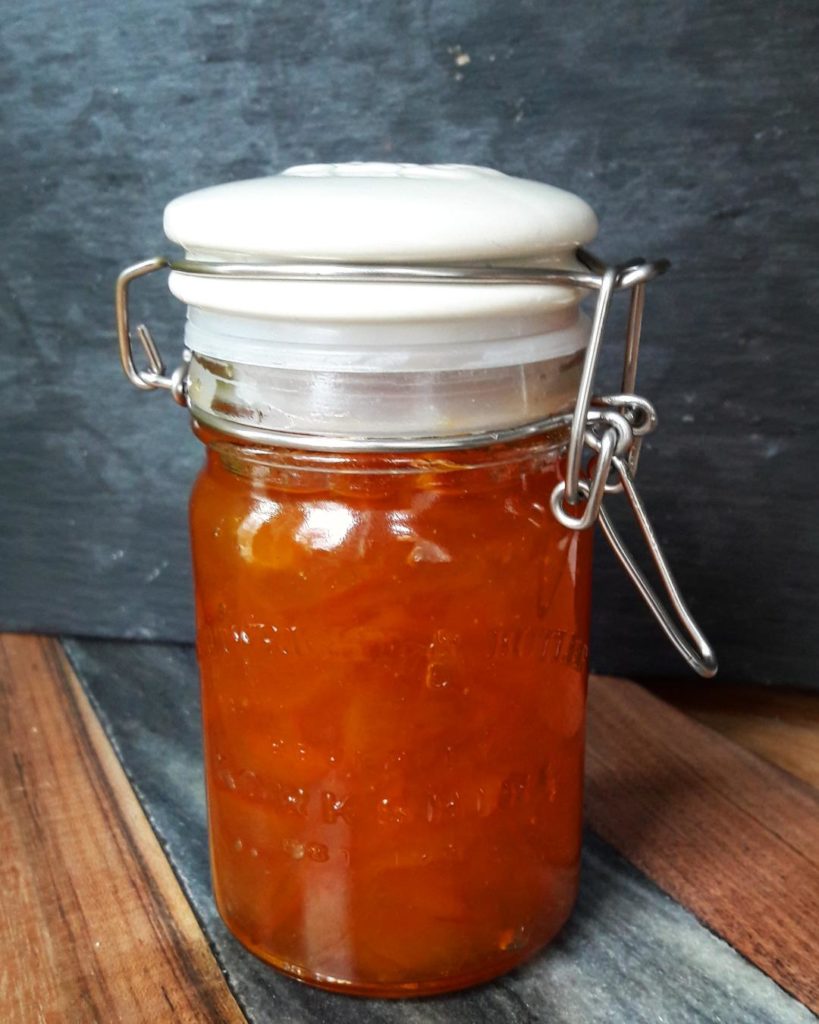 Marmalade and other stories

Marmalade and other stories – or why it’s a good thing to cook from scratch….

Last week I had a hankering to make marmalade.  I’m not quite sure where this came from as I’m not really a fan of marmalade.    My ideas of toast toppings are almost exclusively savoury in nature – houmous and peppers, avocado and za’atar, mushroom and tarragon, eggs and salmon…
​
Maybe it was the natural next step after experimenting with low sugar jams and chutneys, or simply that it is marmalade season.  (I suspect it was the shameless marketing of marmalade oranges on social media by local gem The Fruit Stall).  Whatever the reason, last Saturday I was the proud owner of a bag of marmalade oranges and took to google to find a recipe.

The point of this story is that I’d never given much thought to the content of marmalade.  More specifically I’d never given much thought to the sugar content.  When I did google ‘healthy marmalade recipe’ and started looking at the sugar content of marmalade it reinforced for me the importance of cooking from scratch whenever you can.  Why?  Because I’d always assumed that all ‘regular’ jams and marmalades were made of equal parts fruit and sugar.

Instead I was looking at a ‘healthy’ marmalade recipe which had equal parts fruit and sugar and 700ml of apple juice.  I looked at regular marmalade recipes and sure enough they had significantly more sugar than fruit.  I read the below the line comments and someone had compared the healthy marmalade recipe to ‘low sugar’ marmalades in the supermarket and found it had a similar amount of sugar per gram of marmalade.

We All Know Cake has Sugar

This isn’t a post about eating less sugar.  This is a post about the importance of cooking from scratch whenever you can – but let’s stick with the marmalade a little while longer, and sugars in general.
Now, none of us are sitting here thinking that jams and marmalades are healthy.  Even if you opt for the low sugar version you’re not counting it as one of your ‘five a day’.  Whether it’s marmalade on toast or a piece of healthier cake you know that it’s a sweet treat.  The bread may be packed with seeds, the cake may have interesting vegetables and nuts, but the sugar in the marmalade, the honey in the cake, aren’t providing essential nutrients.  So why does it matter whether you have made it from scratch or bought it from a shop?

​Leaving aside any discussion on additives that extend shelf life or improve mouthfeel, it matters because if you have cooked for yourself you have a full appreciation of what has gone into the food.  If a healthy brownie recipe calls for half a bottle of maple syrup you can see that there is a lot of sugar in the bake.  It’s much harder to visualise when it’s listed in grams on the side of a packet.  And if that product is marketed as ‘all natural ingredients’ it’s easy to forget that natural doesn’t always mean healthy.

The Benefits of Cooking from Scratch

I’ve been talking about sugar because I started with marmalade but – as I said earlier – this isn’t a post about eating less sugar.  This is a post about how cooking from scratch as much as you can helps you make more informed choices about what you and your family eat.  The same principle is true of adding salt or seeing the amount of vegetables that went into a curry.  If you prepare it yourself from scratch then you are in control.  You know exactly what went into that meal and you can decide whether you are happy with that.  This is equally helpful whether you are trying to reduce salt or sugar, increase vegetables or just feel confident that you are eating a balanced diet.
​
So what if you don’t have time to cook?  What if you use jars of sauces and pastes as handy shortcuts in getting that midweek meal on the table? Maybe you hate cooking or just don’t have the energy.  I’ll pick up on some healthier shortcuts in a future post.  For today I want to consider just two points.

Key Points to Take Away

So What Happened to those Marmalade Oranges?

They made marmalade (of course).  I cut the sugar in the recipe by a third.  It still looked a lot and I expected it to taste jaw achingly sweet – but it didn’t.  It tasted exactly like the ‘full sugar’ marmalade.  I may never make my own marmalade again but pouring all of that sugar into a pan of orange peel gave me a better understanding of what goes into a jar.  It means next time I have a hankering for marmalade I am making a more informed decision.  I know the marmalade is a lot sweeter than it tastes.  My decision is do I buy a jar or make a healthier (but not necessarily healthy) version myself?